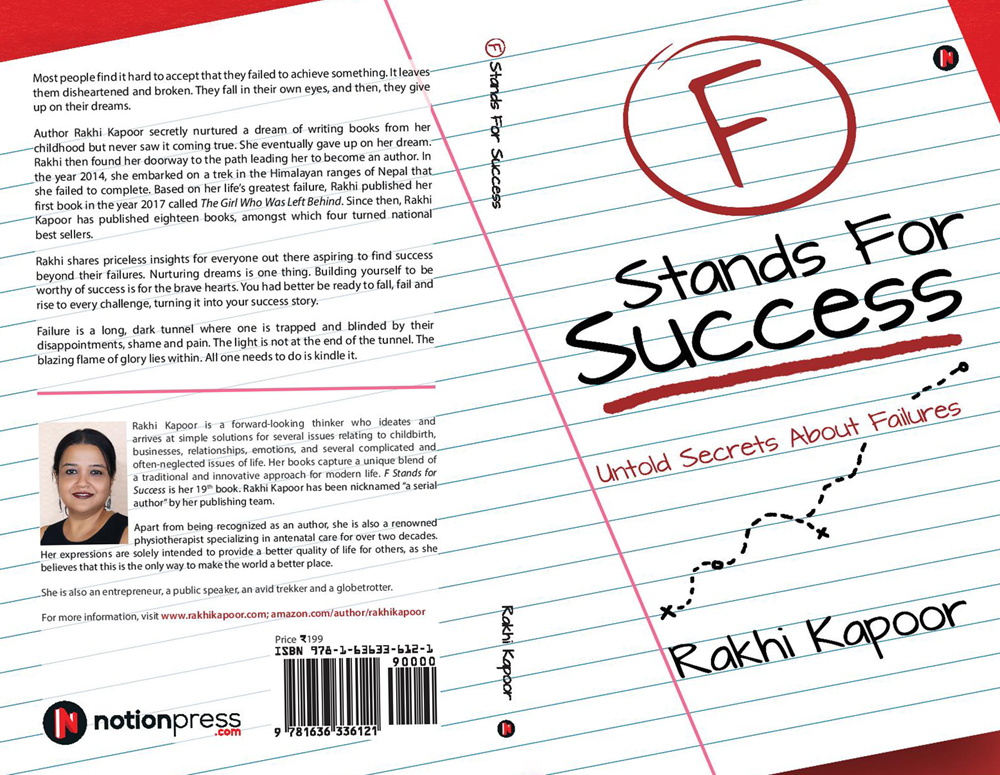 Most people find it hard to accept that they failed to achieve something. It leaves them disheartened and broken. They fall in their own eyes, and then, they give up on their dreams.

Author Rakhi Kapoor secretly nurtured a dream of writing books from her childhood but never saw it coming true. She eventually gave up on her dream. Rakhi then found her doorway to the path leading her to become an author. In the year 2014, she embarked on a trek in the Himalayan ranges of Nepal that she failed to complete. Based on her life’s greatest failure, Rakhi published her first book in the year 2017 called The Girl Who Was Left Behind. Since then, Rakhi Kapoor has published eighteen books,
amongstwhich fourturned national bestsellers.

Rakhi shares priceless insights for everyone out there aspiring to find success beyond their failures. Nurturing dreams is one thing. Building yourself to be worthy of success is for the brave hearts. You had better be ready to fall, fail and rise to every challenge, turning it into your success story.

Failure is a long, dark tunnel where one is trapped and blinded by their disappointments, shame and pain. The light is not at the end of the tunnel. The blazing flame of glory lies within. All one needs to do is kindle it.