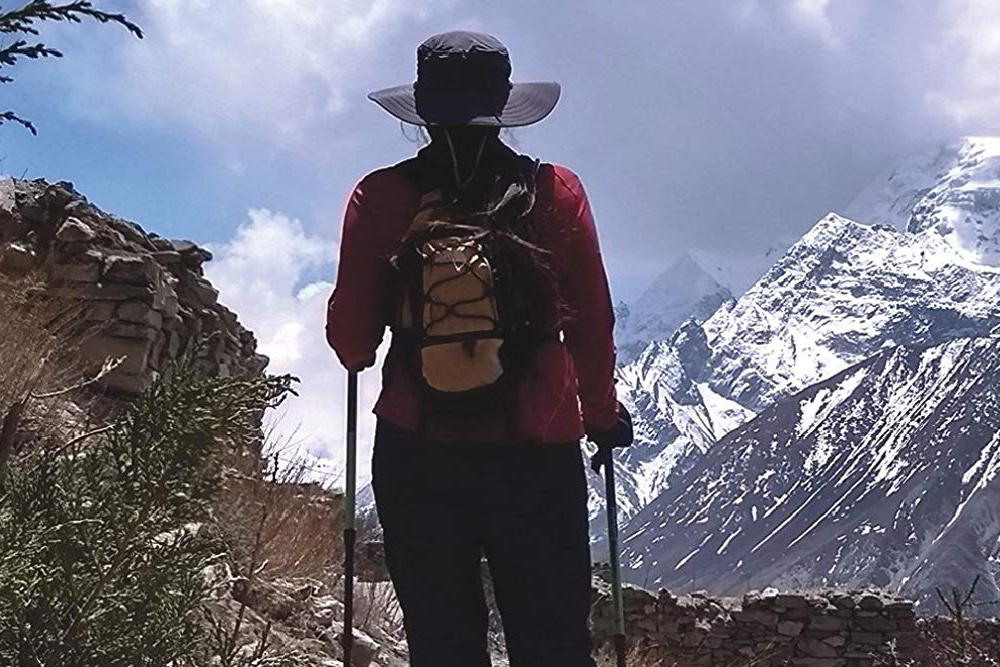 The mountains were not done with testing her. Tamara was determined to make her journey worthwhile and live life like she had never before. Nothing would last forever and eventually everything would perish. Tamara was determined to make the journey worthwhile and live her life like she had never before. Rakhi’s first book the girl who was left behind was well received and the Girl who never looked back can be considered a sequel.

LINES FROM THE BOOK

WHAT IF THE CONDITIONS ARE HARSH AND HOSTILE OUTSIDE THE FIRE THAT GIVES WARMTH AND ELIMINATES DARKNESS LIES WITHIN US.

Why do I want to be with nature? Why am I really doing this trip again? Why not get on a flight and get down at an exotic destination, may be a warm beach. Have a pick up scheduled that would drive her to an exotic beach resort. She could tuck away there too in a space called her own and take a breather from the world around and after a while come back rejuvenated and refreshed. Did she not have enough adventure on the last trek? And this one was going to be even more challenging. Nepal had cozy tea houses to go back to after a long days trek and the so called fairy tale houses she always dreamed of since her childhood. The trekking scene in India was all about camping in tents and outdoor toilets. Tamara was going to be roughing it out this time. There would be no brick or concrete walls, no windows and doors to keep the cold away or allow sunshine to come in selectively. The toilets were not going to be secured with bolts from inside. And the walk from the tent to the toilet would be a long one. This part of the Himalayan range was the Garhwal Mountains that Tamara was going to explore. It dawned on Tamara that she was never meant to live an ordinary mundane life at all. She loved adventure she loved the thrill of anticipation, the encounters with the unknown and meeting with surprises from time to time in life. She did not believe in living the same day over and over again and calling it a life. As much as she felt a cramp in her stomach and a weight on her chest tempted to get down from that mini bus and run back home. She was looking forward to meeting new fears and overcoming them. Her life was perfect back home. So much in love with this wonderful man Abhi, a well settled career, family and friends. Looking forward to get married to the man she loved. What else did she need? But for Tamara routine made her complacent and lazy. It made her slow and chipped off the edges of her adventure and thrill-seeking spirit. Stay safe stay put stay in one place stay comfortable resist change did not satisfy her. Move ahead, take risks, get out of the comfort zone, try something new, see a new place, do something different and fire up that spirit within was what she was all about. An ordinary life routine life was like a beautiful artefact that sat in one place never touched never disturbed never moved never displaced. It would eventually collect layers and layers of dust.

Last time it was the mountains that lured Tamara and this time it was she who was walking towards the Mountain taking them head on.

She was going to be that artefact that was scratched a little chipped at the sides displaced and moved to various sections of a museum. People should ponder and wonder about her from what she went through. There should be tales about her history worth remembering and quoting.

Tamara recalled her trip to the Metropolitan Museum of Art known as the Met in New York in her visit to the US. Tamara’s aching legs wouldn’t stop her from walking through the various sections. Her favorite was the sculpture section. The pieces on display felt like human effigies standing still for a moment. It was just about one blow lacking from each individual sculptor that would breathe life in them and they would start moving. The different statues, sculpture of men and women from the past so finely carved that each of the lines on their face seemed so real. The curves on the women hips and the smiles on their faces lured her. The gallant men, historians, warriors, conquerors, explorer’s thinkers, history makers all driven with passion and love for life zest and adventure in their own way spoke to Tamara. One particular statue caught Tamara’s attention. Tamara’s jaw dropped and she stood spell bound staring at that particular effigy “winter” by the artist Jean Antonio Houdon (1741 to 1828) a French sculptor. It was a bronze statue of a woman draped with a scarce piece of clothing rather a rag barely the size of a stole. She managed to wrap the cloth around her head shoulders and breast. The drape just about extended to cover the seat of her womanhood. Her head was bowed down. One could feel extremely sorry and sympathize with this woman standing out somewhere in the middle of nowhere in the cold. But that’s not what she was about. The sculptor brought out a sinister form of innocence blended with courage. Beauty is not always about features and looks. It has nothing to do with the outside. That woman in the cold radiated beauty in all dimensions. She didn’t depict an expression of helplessness seeking pity. It didn’t matter that she was in tatters, it didn’t matter how cold it was around her and that she was not warm. She carried her own warmth on her. Her curves portrayed a rebellion fighting the harsh conditions she was in. There was not surrendering to the situation. There was victory over the situation. Acceptance tolerance and humility to the fragility of the situation made her look sensuous. Her attitude exhibited sheer beauty and arrogance of a very enticing nature. “I am not a slave to the situation. What I feel within is always above than what happens around me.” Despair and gloom are options to a choose from when someone is challenged with a certain situation. She wore a shroud of victory sensuality confidence and control around her. She was invincible and the cold was only a mere circumstance to be ignored. Tamara stood by staring at the sculpture and going around it. She even came back to that sculpture a few times before she left that section. Why was she fascinated with that particular sculpture? It was perhaps the reflection of how she felt in Nepal and what happened to her in the trek. The weather may have been harsh the nights were lonely and cold and that she was heartbroken and abandoned did not make her give up in despair. She continued to tread along ahead in her own journey a path she was making for herself through the mountains and the course of her own destiny.

So now she got the answer as to why she was on this trek again seeking a challenge against a very comfortable holiday because challenges and hardships brought out a deeper sense of beauty from within her and gave a meaning to her life.

This trek was going to finish with a stretch of white river rafting for 25 kms on the Ganges for Tamara. She had never rafted before. She was excited and nervous too.

A WARM CUP OF TEA AND A RUG FOR MY BODY MAY BE A FIRE TO KEEP ME WARM I NEED AGAINST THE COLD WINDS. GRATITUDE FOR WHAT I HAVE, HOPE IN EVERYTHING I SEE, FAITH IN EVERY EXPERIENCE THAT COMES BY IN LIFE AND COURAGE TO FACE CHALLENGES. 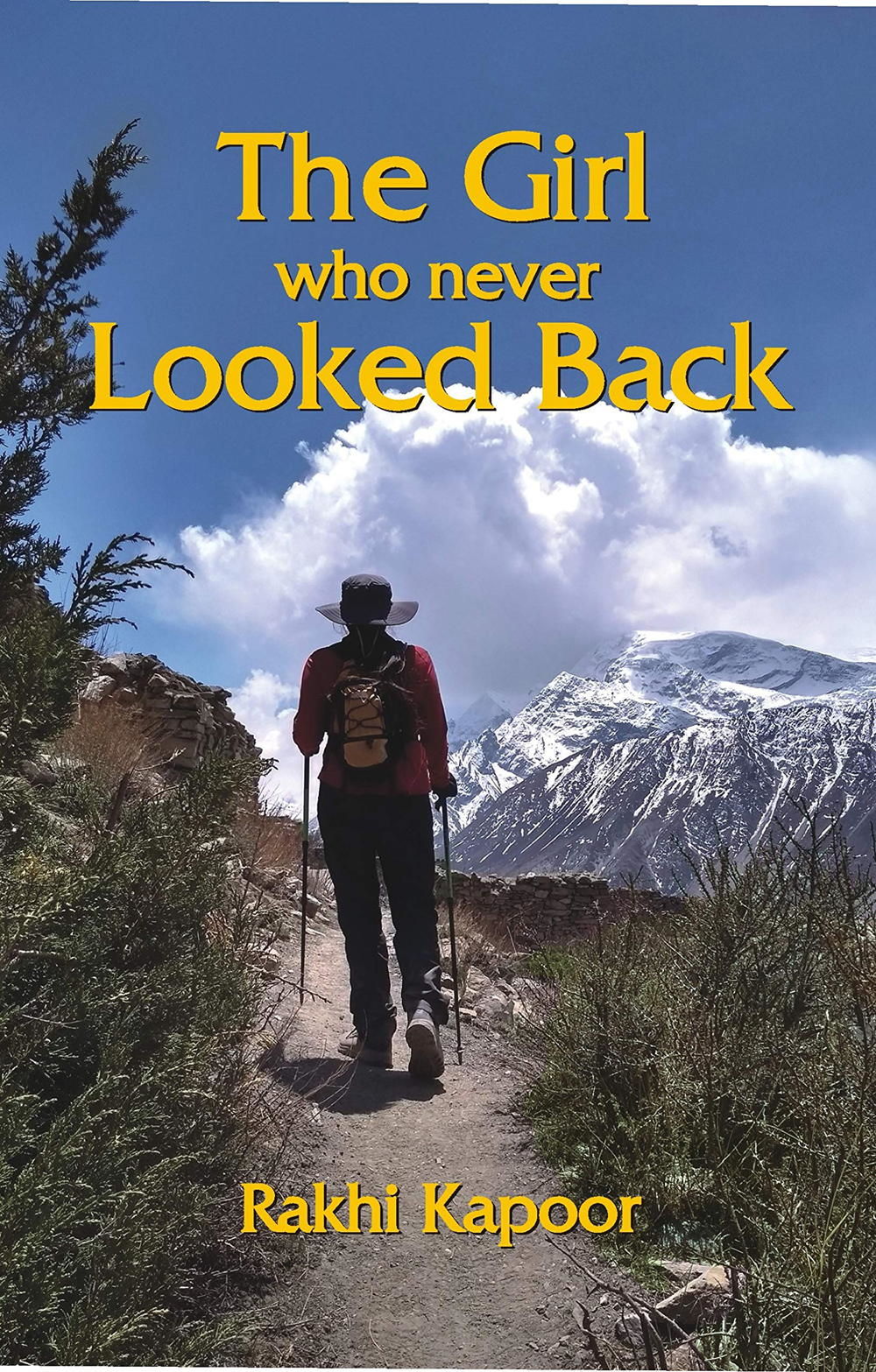