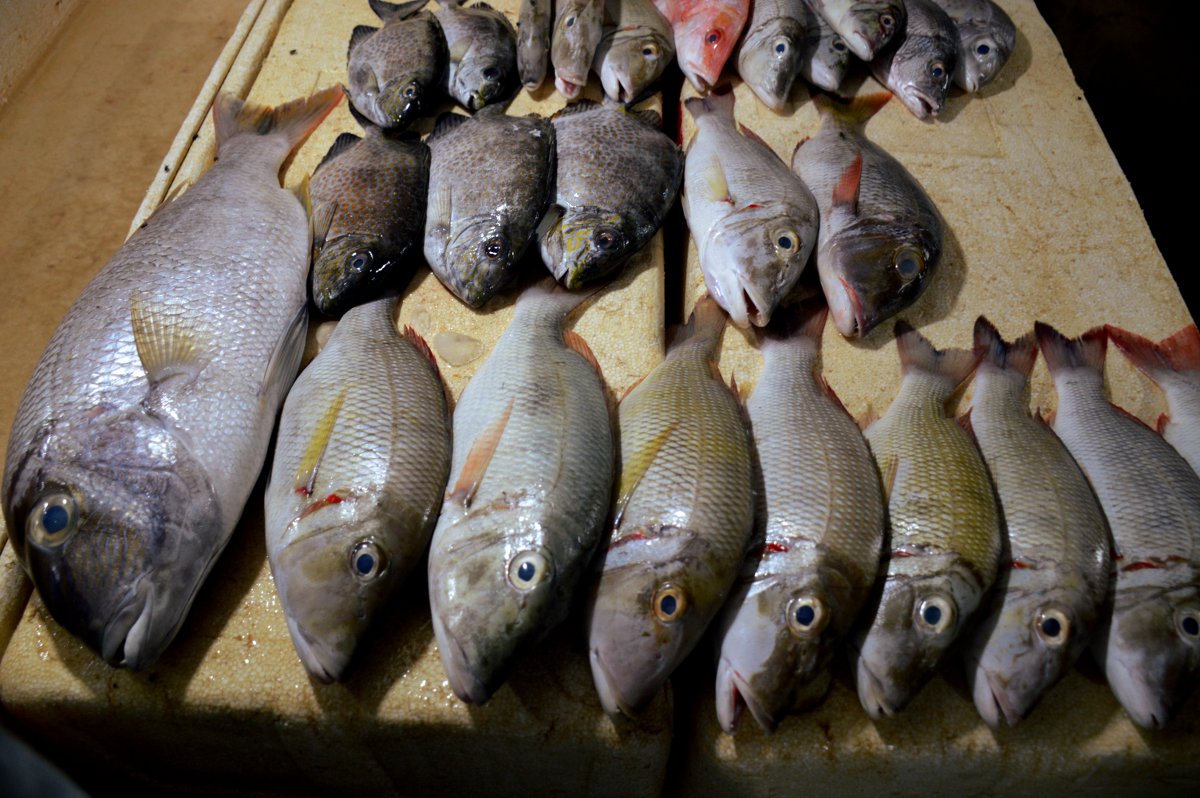 Dadu means Grandpa in Bengali. May his soul not rattle up right now as I am remembering him while writing this essay. Dadu passed away when I was in my early teens. The impact he has left in my life is irreversible. It is those remnants of his soul that he left behind within me has become the writer with in me. He was a very simple man when it came to living . His requirements were little and basic. But his thinking, ideologies and value systems were inversely proportional to the basic materialistic needs. Uprooted from his roots and home during the partition he came to India. He left his farmlands behind in a country now known as Bangladesh. Basic school education and his farming skills that was all he brought along with him to Calcutta. Everything else including his mother ,his siblings were left behind in Chittagong in Bangladesh. “Countries and places cannot draw borders in your heart” he used to tell me. The whole world is your home ,flourish where ever you are. He worked in the day attended night school, acquired three Master degrees and retired as the customs collector in his life time.

He loved simple things , taking a quiet walk all by himself, reading extensively, going to the local market, writing etc. We would do these simple things together when I used to go to Calcutta from my summer vacations. Going to the local market was one activity he loved doing with me. Well I cant quite surely say the same. Woken up early with my hair unkempt, I would slip in to a cotton dress and my rubber Chappal. Dadu would be ready wearing his white dhoti and kurta. In one hand he held his jute bag and in the other hand he held my tiny fragile hands. I was nine or ten years old. This essay goes back in time and memory for me from the memoirs of a little girl’s head.

The initial sight in the market was that off chaos.The smell of fresh produce with mud stuck on to them. The constant chatter of people, tinkling and clanging of the weights and metal weighing scales. People exchanging pleasantries, the vendors persuading the locals to buy from them would echo all around me. Some conversations were pleasant ,some conversations lay in the borderline of accusations and arguments, prices being thrown back and forth, I presume it was all about bargaining. What the alarm clock couldn’t do, the noise around me managed to do gently awakened me from my sleepy state. Every body around me seemed excited but for me . Every produce was brimming with life and freshness. The vegetables were invitingly fresh and the fruits were vibrantly colourful. A splash of water on them looked like the morning dew adorning them. My little head still in a daze saw colours and heard constant murmuring around me. I was in a complete daze. I was standing there right in the middle of the market experiencing a high. Where ever Grandpa dragged me I would blindly follow. I still hoped that magically my bed would appear instead of a vegetable or fruit stall and I would cuddle back in to the sheets.

This was my summer vacation, I didn’t need to get ready to catch the school bus. Then why such cruelty was being exercised on me, I wondered. Well I stayed in a different city far away from Grandfather . So he was making up for all the time away. As I walked almost in my half sleepy state being dragged around it felt as if the alarm clock on my table tap now seemed to make a sound like a loud Gong striking a metal plate . I was fully awake now standing in my Grandfathers favourite section in the market. Well the sensory input was not auditory it was olfactory in nature. He entered the fish market now. Well here I have to make an honest confession .The part of India I am originally from West Bengal fish is equivalent to oxygen. My people love fish in any form , let me specify in cooked form. And I was a traitor to my kind. I couldn’t stomach fish, I hated the taste of it and was repulsed with its smell. When this characteristic of mine was discussed to a guest, a new comer, an old relative it was announced like a cardinal sin. My gosh! What do you mean, that’s too bad was every ones reaction. People looked at me as if I was committing a colossal blunder having devoid my taste buds and health of fish. My father tried telling about the benefits eating fish” you will have beautiful hair , brains and good skin.” I was too small to care and later in my growing years I had a counter argument to give to my father.” I have black long thick hair, mom finds them unmanageable. Its a task for her and she threatens to cut my tresses off, my grades are fairly good in school and I never had acne and pimples like other teenagers .” So much for defying a very sacred eating tradition. I then gathered my grandfather was conspiring to influence me otherwise . Now I wanted to run away and go home and hide my face in the pillow and howl in advance “ I don’t want to eat fish”. While I was almost crying a voice called out to me” what happened?, why are you looking so sad early in the morning. He was as tall as me, his eyes were sparkling with mischief and wonder. He went unnoticed to my grandfather as we both were levelling to my grandfathers knees. My grandfather was a tall man 6, footer with broad shoulders. He was an amateur foot ball player.

I was so touched with this similar sized human being who was able to understand my wails before they could sound off.” I don’t like the smell here its disgusting. Hmmm he said, “see over there if you walk a few steps away further down that’s where they sell the flowers . You could stand there.” My grandfather was not buying flowers and he was in a very serious negotiation buying fish from the fish vendor as if the countries trade policies were being discussed. I looked doubtful if I could change my location and he understood what I meant. It would be difficult to drag grandfather to that location. Do little children have any say over adult decisions? He quietly got a stalk of a lotus and slipped it in to the space were my fingers were held in Grandpas hands . I pulled my finger out and held this little boys hand. We stealthily tip toed and went a few steps further ,when I was suddenly scared . I stopped following him and he looked back at me puzzled.

I remembered the usual warning we children get about avoiding interaction with strangers. He was a strange little child like me. I could trust children right, not adults ? Now I was confused and scared. He could read my expressions and he answered” its not too far , just around there and you can stand there and keep an eye on your Grandfather. And when he realises you are not around he just has to look up and he will find you a little further away. Don’t worry.”

I was not going far away . A few steps and then all the stalls were flower stalls there was no physical bifurcation but how my nostrils figured out this fine divide? I stood there surrounded by flowers that were smelling fresh and looking so bright. There were the roses, the while slender stalked Rajnigandha(Mexican tuber rose) and the orange stalked Shefali flowers( night flowering jasmine). The lotuses and lilies didn’t smell fresh but looked great. There were colourful garlands of flowers hanging all over the place.This new spot was surely paradise. This boy simply stood across and giggled watching my face become bright. I in turn chuckled along with him. I turned around looking at the flower stalls. And he stood there in the very same spot giving me a guided tour of the flowers section of the market. “ “how do you know so much about flowers I asked?” ” Well my mother sells flowers in the market. Now that the summer vacations are here . I am here usually with her else I would be at school. I stay by longer and loiter around the market. You wont get lost here with me. Don’t worry”.

Grandfather finished buying his fish and then his obvious scramble started ,looking for me . All his anxieties were short lived as he saw me standing there a little ahead . Well I did get a stern warning for slipping away without informing. I introduced my little friend to Grandpa. Grandpa kind of approved of him with yet a reluctant smile. Well now Grandpa held my hand I held the lotus flower in my hand from my friend and began walking away. I looked back several times and he waved at me. He also screamed aloud “come back tomorrow”. That summer I did go back to the local market with Grandpa every morning jumping out of the bed before my alarm rang. My friend waited for me at the fish market in the stall were Grandpa bought his fish from. We ran around the stalls hovering around Grandfather . Every day he gave me a flower to take back from his mother’s stall. It was a beautiful summer. I still cherish those memories. Grandpa always made me write essays over any topic he picked they could vary from ordinary incidents and unusual experiences in life. A trip to the fish market was one of them. I think I wrote about my friend in the market, that summer. Well here I am writing about a long lost friend remembering him after many years. After all my aversion towards fish got me a friend . Every thing happens for a reason. I guess.